Why Don't We [CANCELLED] Tickets

EVENT CANCELLED. Please contact your ticket point of purchase to claim a refund on your tickets.

Boy band Why Don’t We has announced their 2022 “The Good Times Only” tour alongside special guests JVKE and The Aces. They will be coming to the famous Arizona Federal Theatre on Tuesday 16th August 2022 for one of the performances. They sold out back-to-back global and North American headlining tours and performed at some of the most iconic venues, including the Radio City Music Hall (sold out in less than 2 hours) and Madison Square Garden. In 2021, they released their hugely awaited single “Love Back” in collaboration with Grammy-nominated producer JHart. It promises to be one of the most extensive tours of the year and if you’re a fan of the American boy band, you will need to hurry up and buy your tickets ASAP to see them live! 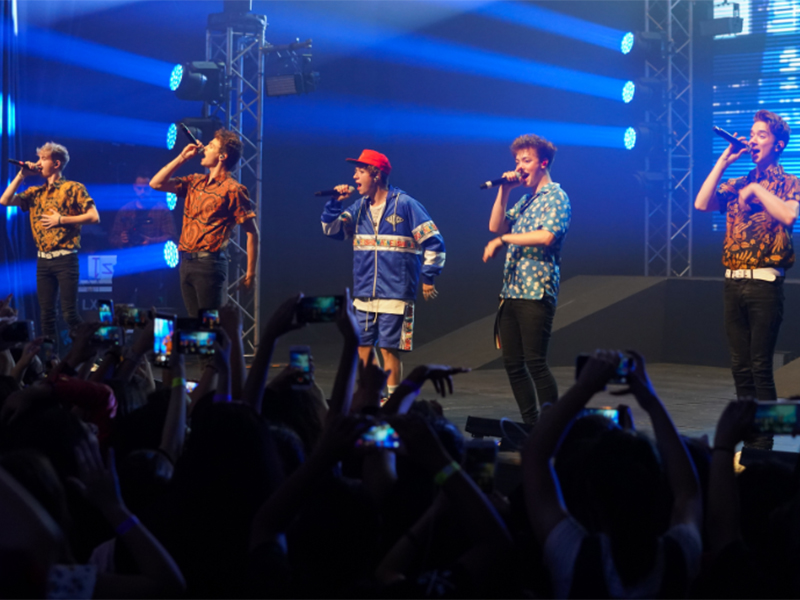 The band was formed in 2016 and consists of Corbyn Besson, Daniel Seavey, Jack Avery, Zach Herron and Jonah Marais. Since its debut, the band has amassed a massive 3 billion global streams and around 900m Youtube views. They also have a huge social media following with over 7 million Instagram followers. The band has released a couple of Platinum-certified singles and two albums that reached the top 10 albums on the Billboard 200.
Why Don’t We takes a surprising new approach to release music and constantly keeping their fan base engaged with the process. Within their first year, they released five EPs and, in 2018, released their debut full-length album, 8 Letters. They have collaborated with several famous artists, including Ed Sheeran, Macklemore, and Steve Mac. They have also made high profile T.V appearances on notable shows such as The Kelly Clarkson Show, The Late Late Show with James Corden and Jimmy Kimmel Live!
Why Don’t We is an emerging Pop rock band that has already stomped its authority on the American pop music scene with a global fan base. They are known for immediately selling out venues, so if there are tickets still available, get them right now because they may be gone very soon!