Joe Bonamassa comes to Arizona Federal Theatre on Friday, 18th November 2022 as part of the two-time Grammy nominee’s 2022 U.S tour. The artist has announced another trek that supports his latest album, “Time Clocks”. The album came out on 29th of October last year, and his fans have been pretty excited because they experienced some new music from him finally. He has been on numerous dates this year, with them beginning in early 2022 and continuing through Spring and Summer. His album “Time Clocks” has been a massive hit, and there is still widespread demand for his live concerts. The American blues-rock guitarist is set to deliver another set of enthralling performances. Catch him live in Arizona on 18th November 2022. Get your tickets ASAP before they are sold out! 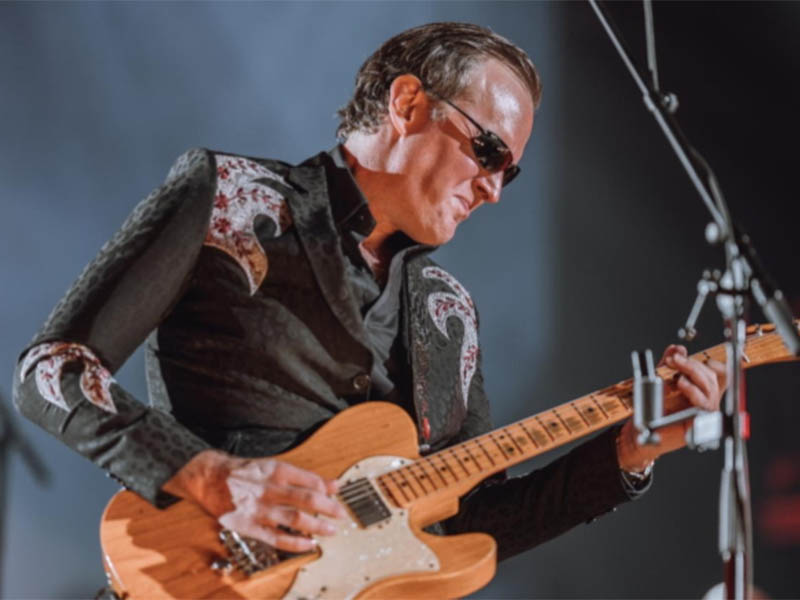 Joe Bonamassa is an American blues-rock guitarist, songwriter, and singer. The artist opened for B.B King when he was only 12 years old. He has a massively successful solo career, having released 15 solo albums, with 11 of them reaching number one on the Billboard Blues chart. He has featured alongside some of the greatest blues and rock artists, such as Beth Hart, and has also earned three Grammy award nominations. The artist is also renowned for his extensive collection of guitars and amplifiers.
Bonamassa’s latest album, “Time Clocks,” is a classic. The album was recorded in New York and took the artist back to his early days when he emerged on the Blues-rock scene. The ultimate guitar hero is often referred to as the “World’s biggest blues guitarist,” and fans love him for his talent and passion. The music mastermind’s latest album reflects a bit about his journey throughout his musical career, and how he found success from roads less traveled. As he continues to forge ahead as one of the best blues guitarists of the word, this album is a testament to his greatness. Catch the legendary Joe Bonamassa live on 18th November at the Arizona Federal Theatre. Ticket demand is on the rise, so you should get yours right now!