Italian Rockers Maneskin has announced their debut world tour with a string of North American dates for this year. They will be coming to Arizona Federal Theatre on Thursday, 10th November 2022, for one of the dates. This will also be their first trip to North America, where they will play on 17 dates beginning on 31st October from Seattle’s Paramount Theatre before wrapping up on 16th December at L.A’s The Theater at Virgin Hotels. They have been one of the most exciting rock bands in recent years, and their U.S fan base highly awaits their arrival. They have graced some of the most famous stages, including Saturday Night Live, New Year’s Rockin Eve and The Voice. The group would be looking forward to putting up another stellar performance at Arizona Federal Theatre on 10th November 2022. Get your tickets right now before they are sold out! 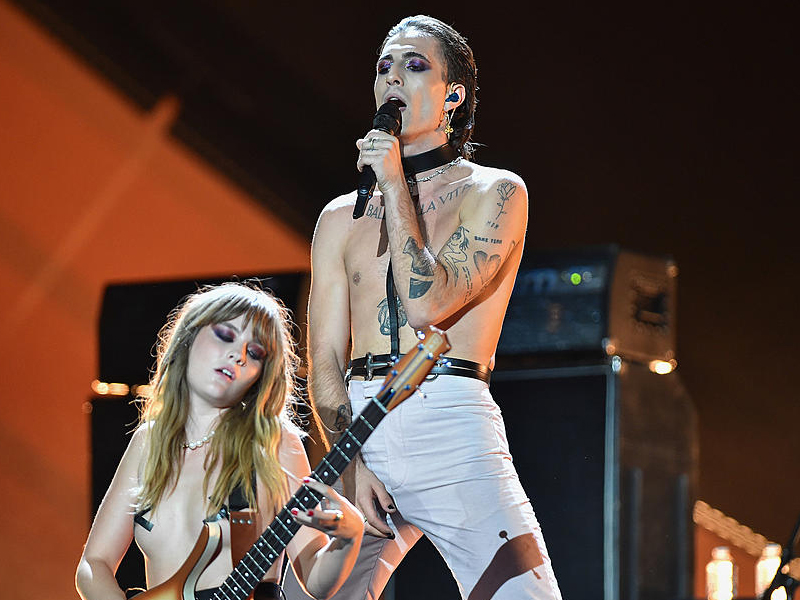 The “Loud Kids” tour is expected to be one of the best rock n roll tours of 2022, and fans cannot wait in anticipation. Hailing from Italy, the Italian phenomenon loves the rock culture of U.S. and something that they do not experience back home. They have gained widespread global recognition and are one of the most sought after rock outfits in the world.
The Italian rock band was formed in 2016 and rose to fame very quickly. Comprising vocalist Damiano David, bassist Victoria De Angelis, drummer Ethan Torchio and guitarist Thomas Raggi, Maneskin started out by performing in the streets before they finished second in the Italian talent show X Factor. Their international breakthrough came after winning the Eurovision Song Contest 2021 for Italy. Their song “Zitti e buoni” was a massive hit. The band has two studio albums, one E.P. and ten singles that have featured regularly on top Italian and European charts. In 2021, they made history by becoming the first Italian band to feature in the top 10 U.K. singles chart. They are incredible live performers who come with great energy and passion to the stage. Catch them live on 10th November 2022 but hurry up because tickets are limited and they could be gone very soon!