The wait is over as The Kid Laroi is finally coming to Arizona Theatre on Friday 9th September 2022 for his “End of the World Tour.” The tour starts in the US on 2nd August 2022 from Minneapolis Armory in Minneapolis, Minnesota and ends at Firefly Music Festival in Dover. The 28 date North American Leg is highly anticipated by his fans, however, the artist is also set to play in several other countries for 56 shows. The emerging star is getting a lot of attention for great performance, and ticket demand is on the rise. If you want to catch him live on his debut headlining tour, you will need to hurry up and book your tickets right now before they are sold out! 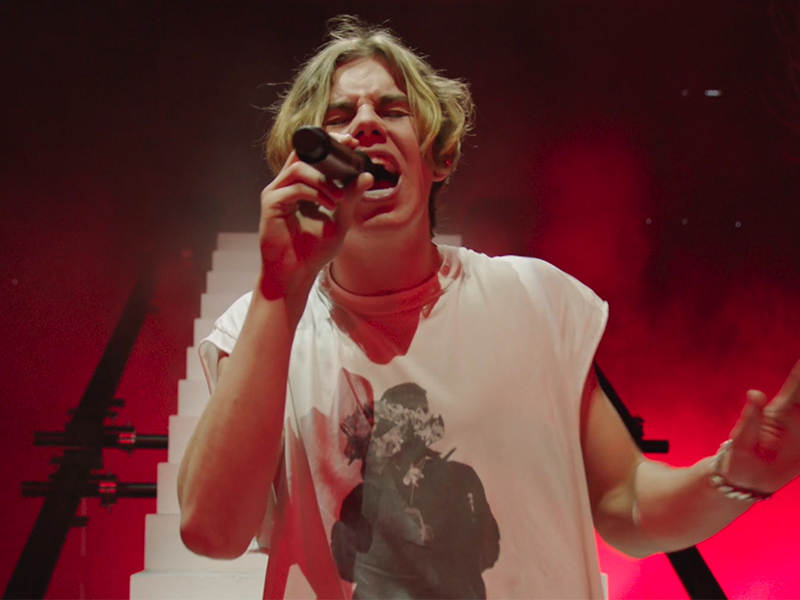 Charlton Kenneth Jeffrey Howard, an 18-year-old Australian rapper, goes by The Kid Laroi. The Kid Laroi is not only a rapper but a songwriter and a singer. His career started on Soundcloud, which many people liked, and later collaborated with different rappers, which gave him a good boost initially. In 2020, he was brought into the limelight when he collaborated with Juice Wrld on the song "Go." The song peaked at number 52 on the Billboard Hot 100. After this, his debut mixtape "F*ck Love," which was also released in 2020, peaked at number one on the Australian ARIA Charts, and that made him the youngest Australian Solo Artist ever to achieve that feat.
The Kid Laroi also collaborated with some of the biggest names in the music industry, such as Miley Cyrus, Justin Bieber, Machine Gun Kelly, and Marshmello. His collaboration with Justin Bieber on the single "Stay" peaked at number one on the Billboard Hot 100 for seven non-consecutive weeks. It was a song that was used a lot by people on TikTok. The Kid Laroi's concerts are full of energy and madness, and it is a totally different vibe out there when he performs live. Catch the global superstar live and witness his talent at Arizona's Arizona Federal Theatre on 9th September 2022.