Yung Gravy & bbno$ comes to Arizona Federal Theatre on Saturday 3rd December 2022 as part of their co-headlining “Baby Gravy, The tour”. The pair is getting together for an extensive North American tour which kicks off on 3rd November in Illinois. It features notable performance in Nashville, New Orleans, Atlanta, New York and other famous destinations. The tour concludes on 16th December in bbno$’s hometown, Vancouver. These two have been pretty much industry superstars in recent years and have achieved significant success over time. Their massive North American fan base highly awaits their arrival on stage and there are expected to be plenty of sold out performances. If you want to catch the duo live in Arizona on 3rd December 2022, get your tickets right now before they are sold out! 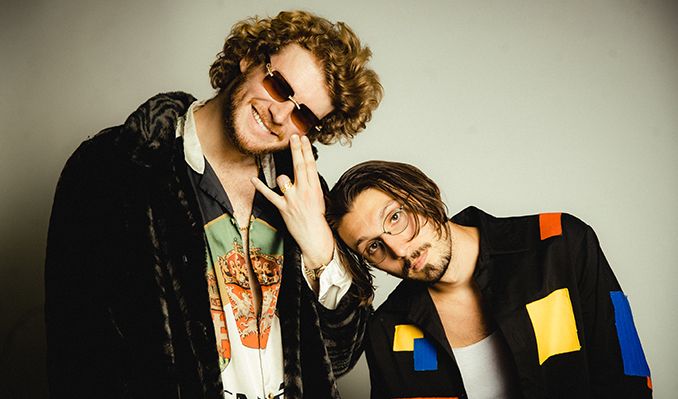 It has been some year for Yung Gravy & bbno$, as they are among the most streamed artists of the year. Gravy has been on a meteoric rise after co-headlining a tour with Dillon Francis and releasing his EP, Cake & Cognac. He has played some incredible performances at some of the biggest arenas, and his fans another stellar outing when he comes to Arizona on 3rd December with bbno$. He has also played with the legendary Limp Bizkit. The American rapper’s entry into the industry has been phenomenal since his debut single, “Mr Clean,” which came out in 2017.
Bbno$ has also been among the headlines after his 2021 studio album, “eat ya veggies,”. The album alone has collected more than 2 billion global streams and the artist has no plans to slow down. His recent single, “piccolo” has also made waves and fans will certainly ask him to perform him live on the upcoming tours. He is also playing at some big festivals this year in Europe and Australia, and is ready to deliver some unforgettable experiences with Yung Gravy on the upcoming tour. Catch the dynamic duo live in concert at the famous Arizona Federal Theatre on 3rd December 2022. Make sure you get your tickets nice and early before they are sold out!