Yuridia comes to Arizona Federal Theatre on Saturday 10th December 2022 as the artist returns to the stages of the United States after three years for her “Pa Luego Es Tarde Tour”. The tour begins on 4th November in Laredo, TX and will include performances in Houston, Dallas, L.A, Chicago, Miami and more destinations. The tour ends next year on 19th February at the Fillmore in Washington, D.C. The artist will be supporting her upcoming album and has already released a few singles for her fans. The album is produced by the famous Mexican singer-songwriter and producer Eden Munoz. The singer will also perform some of her classic tracks, so do not miss out on this concert! Get your tickets right now and catch her live at Arizona Federal Theatre on 10th December 2022. 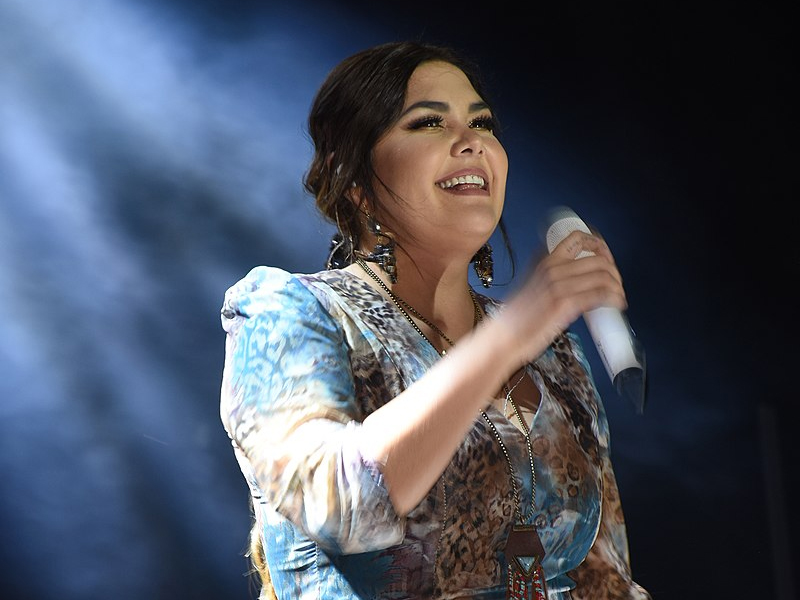 Mexican singer Yuridia Francisca is one of the icons in the Latin Pop industry. Her musical style ranges from Latin Pop to R&B, Regional Mexican, and indie pop. She launched her career after coming in second place in a reality show called La Academia. In 2005, she released her debut album, La Voz de un Angel, which became an instant hit and received critical acclaim. It also became the second-best selling album of the year and has received Diamond certification since its release. She has topped various charts throughout her career, especially her 2007 album, Entre Mariposas, which peaked at number one.
Fans will be demanding plenty of classics of Yuridia when she takes the stage on 10th December 2022 in Arizona. Some of her hit tracks include “Amigos No Por Favor” and “Ya Te Olvidé”. However, she will be playing plenty of music from her latest record and has already released some top singles. Yuridia has a beautiful voice and she is a wonderful live performer. She is one of the highest-selling Latin artists in the industry currently and also sells out major venues across the world. Catch the amazing Yuridia live at Arizona Federal Theatre on 10th December 2022 by getting your tickets right now. Hurry up, before all of them are sold out!