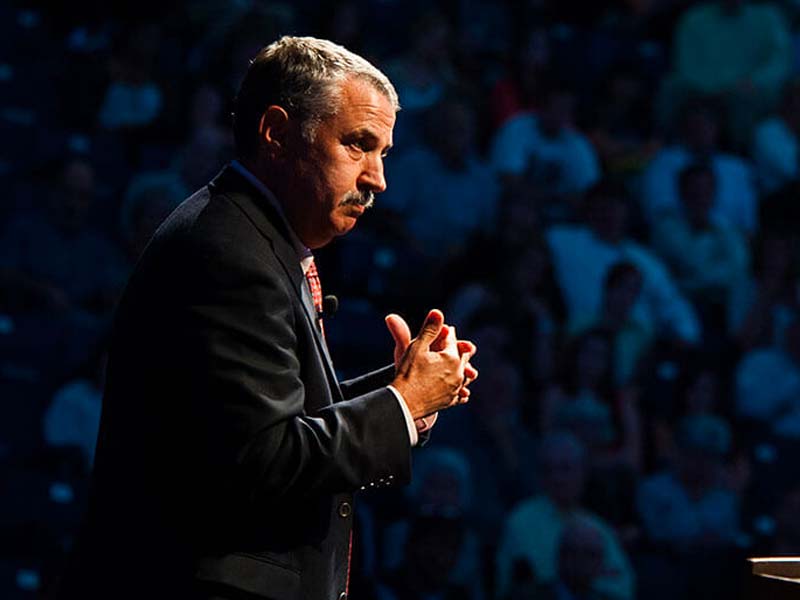 Thomas Friedman is an award-winning author, journalist, and commentator. He is a three-time Pulitzer prize-winning writer and a weekly columnist for the U.S.’s most prominent publication, The New York Times. A Summa Cum Laude graduate, Friedman has attended the University of Minnesota, Brandeis University, and the University of Oxford. After receiving his master’s degree, Friedman went to work for the United Press International, where he was sent on assignment to Beirut a year later. In 1981, Friedman worked for the New York Times and was once again sent to Beirut to cover the Israeli invasion of Lebanon. His work covering the war, including the Sabra and Shatilla massacre, earned him his first Pulitzer Prize.

Three years later, Friedman was dispatched to Jerusalem, where he covered and wrote about the First Palestinian Intifada. This coverage has earned him another Pulitzer Prize for International Reporting. In 1994, Friedman began his columns at the New York Times, and his commentaries on foreign affairs earned him his third Pulitzer Prize, this time for the Commentary category. Apart from the Pulitzer, Friedman also received the 2004 Overseas Press Club Award for lifetime achievement and was named to the Order of the British Empire by Queen Elizabeth II.

Tickets to see Thomas Friedman at the Arizona Financial Theatre are now available!