Deadmau5 is ready to give another stellar performance at Arizona Federal Theatre on Saturday 15th October 2022. He announced the dates of his, We Are Friend tour that will kick off on 15th July 2022 in Philadelphia. Deadmau5 is excited to be back on the roads of North America, performing at notable spots including Detroit, Washington D.C., San Francisco and multiple shows at the Red Rocks Amphitheatre, Denver. Nine special guests Kasablanca, Bensley, Lamorn, NERO, BlackGummy, HNTR, No Mana B2B EDDIE, Morgin Madison and Lupa will be joining him on scheduled dates as well. The EDM artist is famous for putting up incredible live performances which are by far unmatchable in the EDM music scene. So hurry up and book your tickets right away! 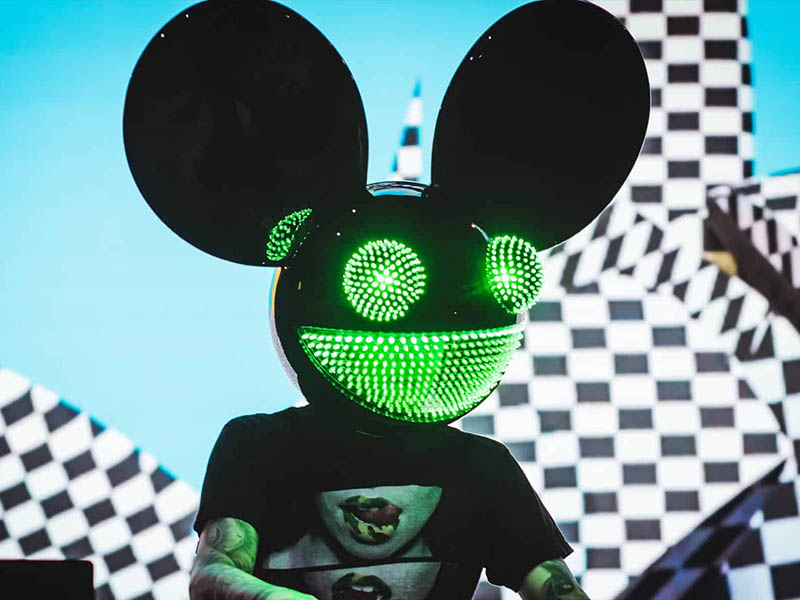 Electronic music producer and DJ Joel Thomas Zimmerman is known for his stage name Deadmau5. The Canadian-based musician is famous for his progressive house music, but his electronic music, especially techno, is also high in demand. Throughout his career, Deadmau5 has worked with a wide range of diverse musicians, including Rob Swire, Sofia Toufa, Wolfgang Gartner, and Kaskade. His exceptional rhythmic productions and remarkable groves rank him among the currently highest-paid electronic music producers in the world. The 41 years old EDM star is highly acclaimed worldwide, and people consider him in the same league as legendary artists such as Marshmello and Daft Punk.
Deadmau5 got his career breakthrough from his third studio album, Random Album Title, released in 2008. The album got gold certification in Canada and silver in the UK. The album's Instrumentals, Faxing Berlin, Not Exactly, and I Remember, are the biggest hits of that time and are still demanded by fans whenever he is performing live. In 2012, Deadmau5 released two singles, The Veldt and Professional Griefers, which left a notable impression on the music world and gave him commercial success worldwide. Deadmau5 has won 5 Beatport Music Awards, 3 IDM Awards, 3 Juno Awards, and six Grammy Awards nominations. He is one of the most sought-after music outfits in the country and hence ticket demand is on the rise. Hurry up and your tickets ASAP!