Dermot Kennedy fans will surely feel they are in Paradise this Saturday, May 20, as the 30-year-old Irish singer-songwriter brings his North American tour to Arizona Financial Theatre. In support of his latest album, "Sonder," Kennedy will perform in most major cities in the US and Canada, including the famous Phoenix venue, to entertain his fans with his new tunes. Fans can expect nothing but an electrifying concert experience from the singer, who is known for his rustic folk and soulful grit. Get ready to jam with his massive hits, such as "Better Days," "Power Over Me," "Outnumbered," and "Kiss Me," among many others. Don't miss his performance on this fateful Saturday night. Grab your tickets now by clicking the "Get Tickets" link. 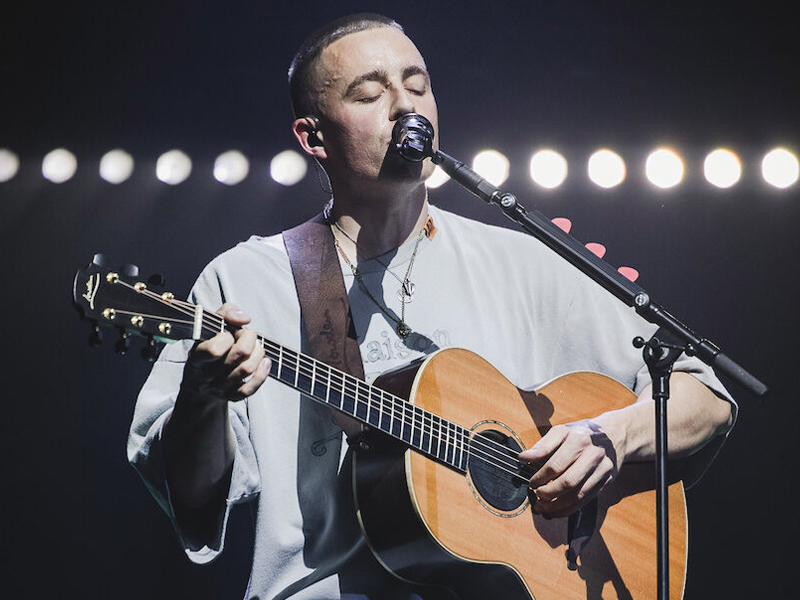 Irish singer-songwriter Dermot Kennedy fuses rustic folk music with soulful grit and modern pop sounds. Like many established musicians, he grew up honing his skills in music. He started playing the guitar at ten, wrote songs at 14, and finally took music seriously at 17. Busking at that age allowed him to develop his sound while traveling to several major cities, including Dublin, his home country, and Boston in the United States.

For years, he only released EPs starting with 2013's "Dancing Under Red Skies." He continuously improved his sound and got his first taste of mainstream success after "After Rain" was released in 2016. The following year, he shifted to a more pop-oriented sound. In late 2019, Kennedy released "Without Fear," his first complete album following a series of singles and EPs. "Power Over Me" and "Outnumbered" became huge successes. In 2019, the album became the fastest-selling album of the year. His first prestigious nomination from an award-giving body was the BRIT award in 2020. His first album will be followed by "Sonder" to be released this year.

On his tour next year, he will perform at the Arizona Financial Theatre in Phoenix, Arizona, on Saturday, May 20, 2023. Don't miss it! Reserve tickets now!