Legendary artist Van Morrison comes to Arizona Federal Theatre on Wednesday 12th October 2022 as he recently announced live concert dates beginning from 20th April and wrapping up in October. This will be his second-last performance of the tour, and his fans are gearing up for another great year. Morrison has given his fans some new music in recent years, and it is pretty extraordinary considering how his career has spanned more than 70 years now. It’s a gift that keeps on giving, and all his fans recognize his ability to create a wonderful atmosphere at his concerts. Catch the iconic Irish singer-songwriter live on 12th October by getting your tickets right now before they are all sold out! 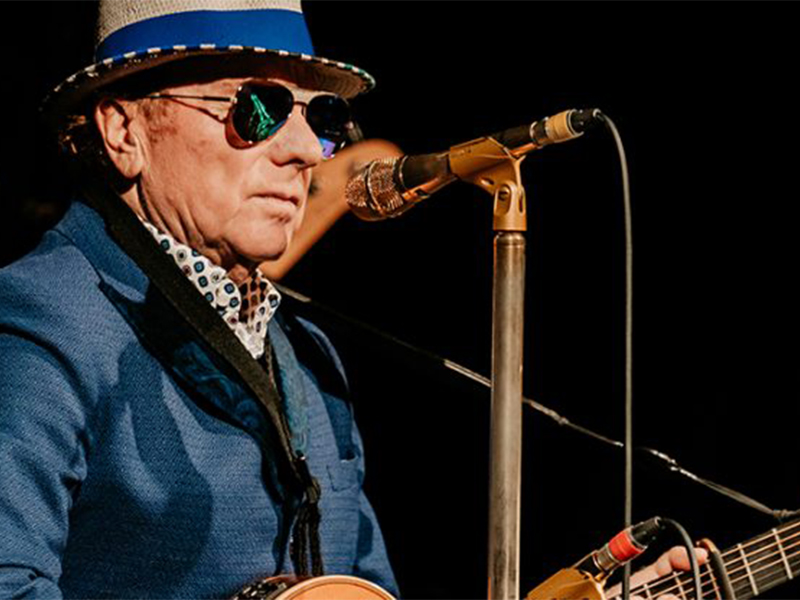 Multi-instrumentalist, singer-songwriter Sir George Ivan Morrison OBE has been one of the most successful artists. Hailing from Ireland, he began his musical journey in 1950 by playing for several Irish showbands. His band, Them, gained widespread popularity in the 1960s and Morrison was recognized as a serious talent. The artist then moved towards a solo career, and in 1967, his hit single “Brown Eyed Girl” gave him a massive breakthrough. Throughout the 1970s, he was a household name in the R&B and Rock genres.
The Grammy award winner has produced countless albums, with more than 40 reaching the top U.K charts. He released his latest album, Volume 1 in 2020, and it also featured on the top ten albums in U.K. He was awarded a Brit award for outstanding contribution to music and in 2017, he was honored with a lifetime achievement award for songwriting. Morrison’s passion knows no end, and hence, he will be back on stage, performing for his lifelong fans.
Known as “Van the Man” amongst his super fans, Morrison is an incredible live performer, even after all these years! His music is more towards conventional soul and R&B, which audiences thoroughly enjoy. Be a part of this special occasion and catch him live at the Arizona Federal Theatre on 12th October 2022 by getting your tickets ASAP!