Wisin Y Yandel comes to Arizona Federal Theatre on Friday 11th November 2022 as part of the duo’s final “La Ultima Mision” Tour, which celebrates their 20-year legacy and their latest album. Since it’s their final headlining act, fans are going to storm the venues surely, and there will be plenty of sold-out performances. They are taking this special tour to several notable venues in North America, including San Diego, Sugarland, Montreal, Irving and many more. Their massive fan base is expected to buy tickets in advance so if you want to see them perform live for one last time, make sure you get your tickets right now. The Puerto Rican Reggaeton duo will certainly be putting on a memorable show! 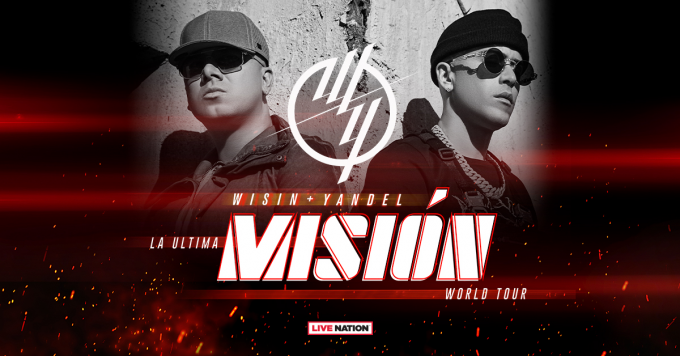 In 2007, Wisin Y Wandel released their album, Los Extraterrestres, which had collaborations with famous artists like Fat Joe and Eve. It gave the duo international recognition and they embarked on an international tour for its promotion. Since then, they have played at some of the biggest stages around the world and arguably at most famous stages in North America.
The duo is recognized for being an iconic influence on the Reggaeton era. They are the only Latin outfit to win a Grammy in 2009 and have sold more than 15 million records worldwide. The band’s success is based on the duo’s chemistry and their ability to deliver unforgettable performances to their fans. They always have great energy while performing, and they create an enthusiastic environment around all their concerts. If you’re a fan of Reggaeton, you need to witness Wisin Y Wandel at least once in your life, and if you have already done it, you know why you need to see them again. However, there won’t be many more opportunities as this is the duo’s final headlining tour together. Make sure you get your tickets right now before all of them are sold out because ticket demand is very high, and you may not get any spots later!