Zach Bryan comes to Arizona Federal Theatre on Wednesday 19th October 2022, as part of his recently announced “American Heartbreak Tour”. The hugely anticipated trek began on 25th May from Forth Worth, Texas, and will continue until 3rd November, with a final performance at Colorado’s Red Rocks Amphitheatre. The tour supports his latest album release, American Heartbreak which came out on 20th May. Since its release, the album has been quite a hit, and fans are looking forward to seeing it live. It is also the artist’s last tour, probably according to his recent social media post and fans do not know how to react to it. He will be supported by Willie Nelson and Luke Combs for selected tour dates. Catch him live in Arizona on 19th October 2022 by getting your tickets right now! 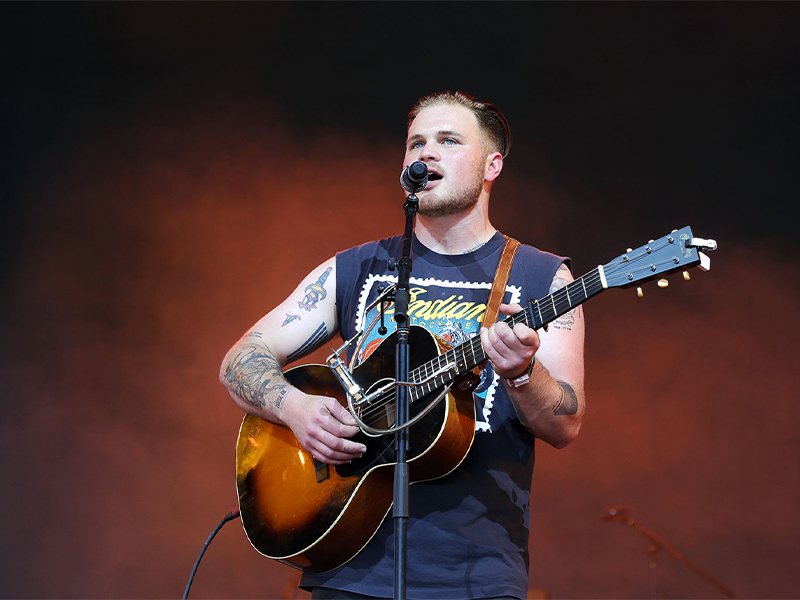 The American singer-songwriter began his career on Youtube by uploading music on the video streaming platform in 2017. His friends used to record him with their phones, and eventually, he got some recognition. His single, “Heading South,” gained widespread popularity and two years later, the artist released his debut album, DeAnn. DeAnn was an emotional rollercoaster for fans and Bryan himself, considering it had been dedicated to his late mother. His second album came out in 2020, called Elisabeth, and the following year, he signed a deal with Warner Bros.
His latest album, American Heartbreak, is his first major-label debut, a triple album. The album has received many positive reviews from fans and music critics alike. The artist is looking forward to an incredible headlining tour, and is becoming a recognized name in the American music industry. His soulful voice and heart-touching lyrics make the audiences sentimental too, and hence they always leave with a beautiful experience. What began as a spare-time activity from his active U.S Navy duty has now turned into a full-fledged career for Zach Bryan, owing to his immense talent. Catch him live at Arizona Federal Theatre on 19th October 2022. Get your ticket ASAP before they are sold out!